This is an interview translated from the French video game news site JeuxOnline, please take this with a pinch of salt, not a native translation.

Along with the exploitation of Black Desert, the Pearl Abyss studio teams are dedicated to the development of DokeV, an online action and adventure game in open world, based on the collection of fantastic creatures.

Online gamers obviously know the Pearl Abyss studio for its Black Desert license . After ten years devoted to conceiving and then expanding this fantasy universe , the teams of the South Korean studio clearly felt the need to immerse themselves in another type of universe, more contemporary and colorful, like that of DokeV . An action / adventure game immersing players in a world where humanity coexists with Dokebis , magical creatures from dreams and with whom we can befriend.

Gamescom 2021, we had the opportunity to ask some questions of Daeil Kim , the founder of Pearl Abyss and executive producer of DokeV; to Sangyoung Kim , animation director at the South Korean studio and main producer of DokeV and finally to Changkee Nam , one of the designers of the Black Desert combat system and now game designer of DokeV. They introduce us to the monster collection game, its origins, mechanics and main game design concepts.

JeuxOnLine: Can you tell us more about DokeV? Unless I’m mistaken, DokeV is a collector’s game and it looks very different from other Pearl Abyss games. Can you tell us about the origins of this project?

Daeil Kim : We have been working on games based on medieval fantasy universes for a long time , but we wanted to try to create a unique experience with DokeV, which could be aimed at families. We hope that this game will allow the widest possible audience to discover the joys of the games developed by Pearl Abyss.

Can you tell us a bit more about the gameplay and the collectible creatures (Dokebis)? How do you get them in the game? Can we improve them? More broadly, would you define DokeV as a gacha-game ?

Changkee Nam : Dokebis are born from people’s dreams. For example, someone dreams of becoming a boxer but fails to make that dream come true. The impossibility of realizing his dream will give birth to the boxer Dokebi. The player will meet this type of Dokebi, befriend him and they will live a story together inspired by this situation.

Sangyoung Kim : It’s not about capturing the Dokebis, but making friends with them by meeting special conditions through their unique journeys and stories, using information from clues about the Dokebis you uncover. all over town and in the game world. There are Dokebis that you can befriend easily, but also Dokebis that require very special conditions. The playful dimension of DokeV is based in particular on the fact that the player will have to meet each Dokebi and invest in their personal stories. It will also be possible to become more powerful, but we’ll tell you more about that later.

To give you a glimpse of the story, DokeV takes place in a world where artificial intelligence technologies are highly developed. There is an establishment called the Company, which produces android robots using artificial intelligence. However, the main character sees this company rather as an antagonist, as the android robot technology originates from the company that captures Dokebis to feed them into AI chips . The main character, who discovers the truth about the disappearance of the Dokebis due to the actions of this company which uses them for his experiments, plays a role against the company by freeing the Dokebis from the robots.

DokeV’s graphics are round and colorful, more like a game aimed at a young and family audience (perhaps young players but also their parents). But is the game also aimed at an audience of “core gamers”?

Changkee Nam : Indeed, DokeV is a game that can be enjoyed by the whole family. Our goal is to target parents and children so that they can play together. And there are also things that core gamers will appreciate. For example, there are secret features in the game, which players will need to discover through clues or other types of content that require strategic thinking. So there are different levels of play, which can amuse different player profiles.

Sangyoung Kim : We are aware of the importance of a safe playing environment, more specifically for young players and we will take the necessary steps to ensure that. Currently, we are still in the development phase and we are still thinking about the best ways to achieve this goal.

You present DokeV as an “MMO”. Can you tell us a little more about the massively multiplayer dimension of the game? Is the universe persistent? Are there many players who want to interact with each other? And via some types of interactions (according to the first trailer, the players fight a boss in concert for example)? 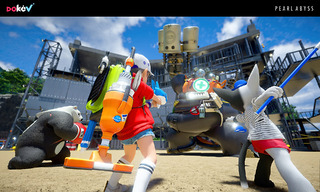 There will be content to discover solo , especially via the main scenario, but also cooperative multiplayer elements to do with other players. If the player wishes, he can face a boss with other players. There is also competitive content in the game. Among the multiplayer elements, our guideline is always to think about the best way to design them to make them as fun as possible. We will share more information on this in the future.

So, are you considering adding PvP mechanics to DokeV (players competing against each other)? Is it really in the spirit of the license?

Daeil Kim : In terms of competitive content, we are currently developing ideas for friendly competitions, which encourage fair play behavior and good sportsmanship.

Are you considering social features? More and more often, virtual universes are used as a setting for fun activities, but also to host cultural events for example (concerts, film shows, debates, etc.). For DokeV, in Korea, you partnered with the K- Pop group GALACTIKA. Are you planning to make DokeV “more than a game”?

Sangyoung Kim : Absolutely. Using the most advanced features of our proprietary engine, DokeV can integrate realistic experiences into its virtual world. We’re also looking at a metaverse perspective.

Can you tell us a bit about DokeV’s business model? Is it a free-to-play game? Or a game that would be based on a hybrid economic model , which would include, for example, the possibility of buying creatures?

Daeil Kim : The economic model is not yet decided. We hope to share more details on this as we get closer to the release date.

DokeV is announced “primarily on PC and consoles”. Can you explain this choice to us? Are you planning to launch on mobile platforms as well?

Daeil Kim : In order to show the beautiful open world of DokeV in its best light, with its impressive graphics and dynamic action, we have chosen to make PC and consoles our priority. 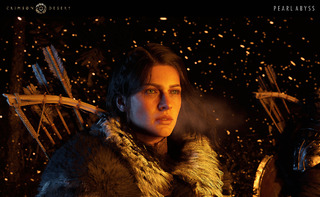 Daeil Kim : First of all, we would like to thank all the players who are showing enthusiasm for Crimson Desert. It really encourages us as a studio and gives us a lot of energy to redouble our efforts and better meet your expectations. We recently announced the postponement of Crimson Desert due to our decision to expand the scope of the game. We hope you look forward to it and promise you it will be worth the wait.

For DokeV, we feel confident enough to show our current progress, and we’ll be revealing some new information at Gamescom this year. For now, we’re focused on developing the game, and the exact launch schedule will be revealed at a later date.

Are you planning to translate DokeV to multiple languages? And especially in French?

Sangyoung Kim : We are indeed planning to translate the game into multiple languages ​​and indeed French is definitely one of the languages ​​on our list.

Thank you for taking your time! 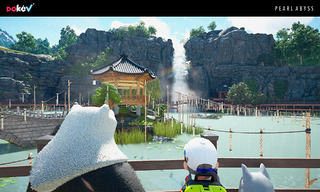 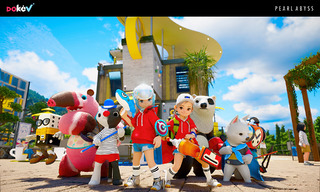 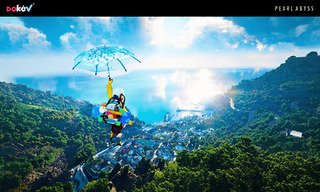 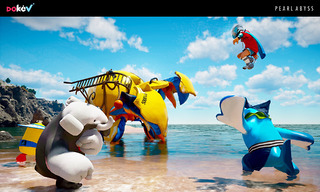 With the Gamescom announcement, there came a giveaway/raffle event for some Pearl Abyss themed goodies. Do not miss the chance and enter it in the gleam below:

Each of the 10 winners will receive a Pearl Abyss Gift Kit containing an “Into the Abyss” or Pearl Abyss-branded Diary, Notebook, Lamy pen, tumbler, canvas bag, umbrella, phone grip, sticky notes, and toothbrush! 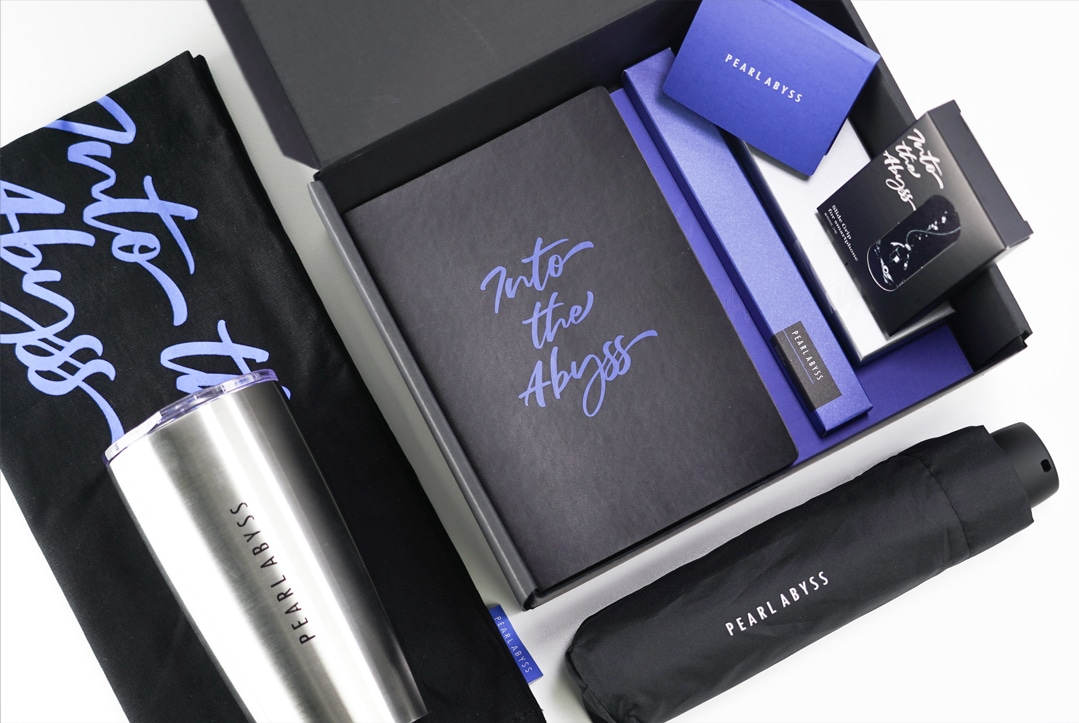 We’re glad that the game development is still going on and Pearl Abyss just surprised everyone with a new gameplay trailer at Gamescom 2021 on August 25th, in the opening night live.

Here is the new trailer:

There will be a trailer digest post about these changes later. They also updated their website with new screenshots.

New information regarding DokeV might come at Gamescom 2021 this month

However, neither company has disclosed which games will be revealed at the Cologne Game Show. Among them, GAMEVIL Com2uS will be prepared by the European branch for the exhibition. Regarding the participating games, both companies said that “the details can be confirmed on the opening day of the Cologne Game Show.”

Pearl Abyss may disclose new information about their new game “DokeV” under development at the exhibition. Because, because “Crimson Desert” has just announced a delay, the probability of revealing new news will be relatively small. At the same time, Pearl Abyss said at the Q1 performance conference in May this year that it plans to release new news about “DokeV” within this year.

“DokeV” is the first meta-universe game under PearlAbyss. At the earnings conference, PearlAbyss’ CFO stated that games have become an important part of our lives. In the future, the game-centric lifestyle will gradually expand.

Copyright © 2019 DokeV.Club | This website is not affiliated in any way with Pearl Abyss. It is merely fan-made.
All copyrighted materials belong to its respective owners, namely Pearl Abyss.