Today Pearl Abyss gave us a couple of new things to check out for their upcoming game DokeV, with some new images and a singalong video. First off, the company gave us a few new images of the world as well as some promotional material that make it look like the game may involve mobile phones. Two of the photos show off an in-game environment that looks like it’s been designed to resemble any seaside country.

Meanwhile, for those of you who can’t get the DokeV main theme song out of your heads, they made a special lyrics video for you to sing along to the song “Rockstar”. Which you can do so below as we kept singing “cuz I’m a superstar” all weekend long at G-Star 2019. You can even download the song on the game’s official website. 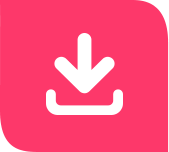 DokeV got an Announcement Trailer: Details about the game revealed

Today on November 13th, Pearl Abyss held its 2019 G-Star Connect conference and showcased DokeV along with other new projects.

END_OF_DOCUMENT_TOKEN_TO_BE_REPLACED

Today, the developer of Black Desert Online Pearl Abyss has announced the names of their upcoming games of which the trailers will debut in G-Star 2019. Pearl Abyss has released the teaser page and introduction of all the games and has said that more details about the games will be released in the G-Star 2019 on the 14th November.

END_OF_DOCUMENT_TOKEN_TO_BE_REPLACED

Pearl Abyss, the acclaimed developer of Black Desert Online, today announced its financial earnings for the most recent quarter. Since the document is all in Korean, I will talk about the important numbers such as Q2 2019 having the company’s best performing quarter in terms of sales, and a mega 266% rise in net profits compared to the previous quarter. Yes, Pearl Abyss is making tons of money. Overall, the overseas market (outside of South Korea) makes up for 74% of sales. A sound strategy to focus on us overseas gamers!

As with each quarterly financial call, companies will talk about their upcoming projects, and that is the case as well with Pearl Abyss. Here, I will break down each of their new games and talk briefly about them:

Project CD – A new “AAA” RPG title not based on the Black Desert IP targeting the global audience. It will be based on the experiences and insights which Pearl Abyss has obtained through developing Black Desert. Project CD is the main reason why Pearl Abyss decided to build a new next-generation engine for all its other new projects. While the main platform is console, Pearl Abyss is looking at a simultaneous cross-platform launch with PC, mobile, and streaming services. No word on a schedule yet, so stay tuned for more on this one!

Shadow Arena – I am not sure why this is mentioned as a separate game, since it is a battle royale game mode in Black Desert Online. Apparently it is a spin-off game based on the Black Desert IP. We shall see if this is officially announced soon, or my sources are having too much makgeolli…

Project K and Project V – Not much was mentioned except that Project K is a “casual” shooting game and Project V(Now known as DokeV) is a family friendly mmorpg developed using the new engine.

Copyright © 2019 DokeV.Club | This website is not affiliated in any way with Pearl Abyss. It is merely fan-made.
All copyrighted materials belong to its respective owners, namely Pearl Abyss.